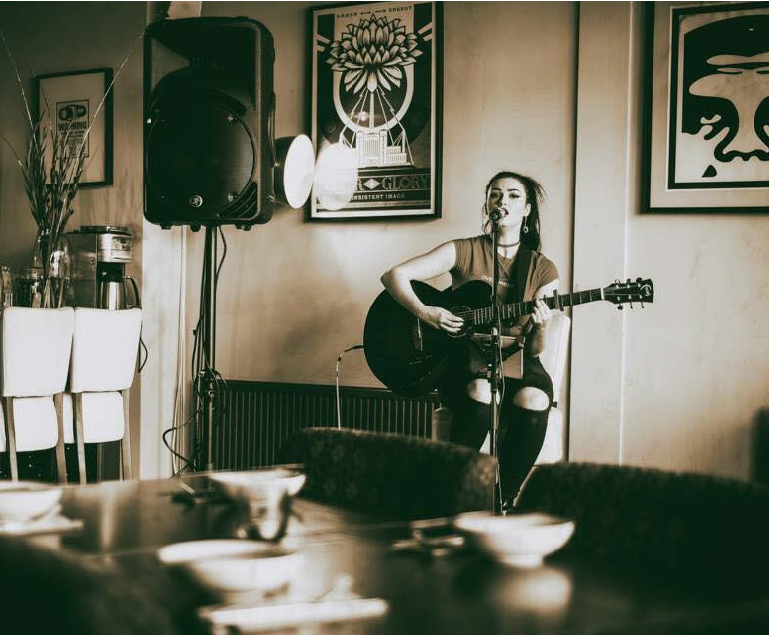 Jodie Fitzgibbon is a Newcastle-based singer, songwriter and instrumentalist. Her powerful voice and heartfelt original music have taken her around the UK, performing to some audience’s of over 30,000 people.

She recorded a six-track collection “Storm” which was released October 2015. “Going Down” from the EP, won the title from Northeast Unsigned Radio “Track of the Year 2015”. Jodie was then named “Artist of the week” from The Richer Unsigned. And was featured on the Mark Forrest show via BBC Introducing back in 2017.

In recent years, Jodie has focused on becoming a successful music entrepreneur, whilst writing for other artists and featuring as a vocalist on tracks such as “Chasing after you” by Fillipin and Milleville Records.

Although those things kept her busy, she’s ready to go with new music in 2020, the first track called “Those Days” relating to her own experience with depression and the experiences of those close to her.

“2020 is an exciting year for me, because the experience I’ve had in the past 5 years has been integral to shaping my new mature, yet still so honest sound. I can’t wait for you all to hear it! I follow the words of Dolly Parton, who tells young writers to stop writing songs because they think it will sell, write songs because they mean something to you, and they’re timeless.”

With a real country twang, and undeniable versatility, Jodie can make any track her own and charm any audience!