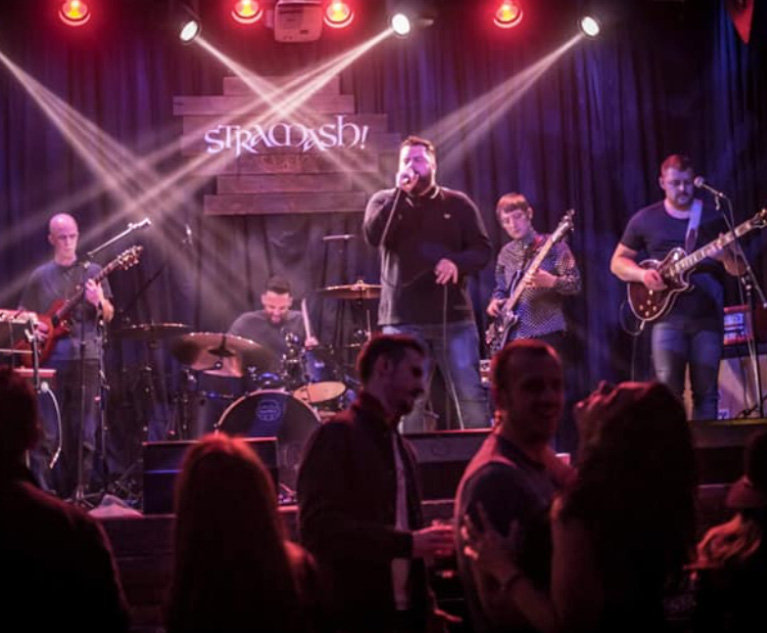 Glasgow’s own Pioneers of Britpop meets 70s psychadelica Feet of Clay are one of the hottest live acts the city has seen in recent years.

In the time they have been together they have sent waves through the Scottish Music Scene and beyond with Tony Watson boss of the Leeds arena a huge fan and has featured the boys in his arena boss blog. With regular slots at Scotlands Festivals every year. The boys have supported a who’s who of the 90s scene including Cast, The Bluetones, Dodgy, Bez of Happy Mondays, Northside, Hurricane no.1 and many more. Gigslutz magazine named them one of 5 Glasgow bands to watch, numerous appearances at King Tuts Wah Wah Hut in Glasgow as well as two consecutive years playing the main stage of the famous Barrowland Ballroom with a headline slot resulting in the band being immortalized on the new Barrowlands Walkway.

The boys recently picked up a sponsorship deal with Merc clothing which will see the band wear the brand on stage. (here is a link to a piece they did on the band.

The band have are releasing their debut album in 2020 on button up records and already have a few festivals in the diary this year as well as another gig at the famous barrowlands in August.