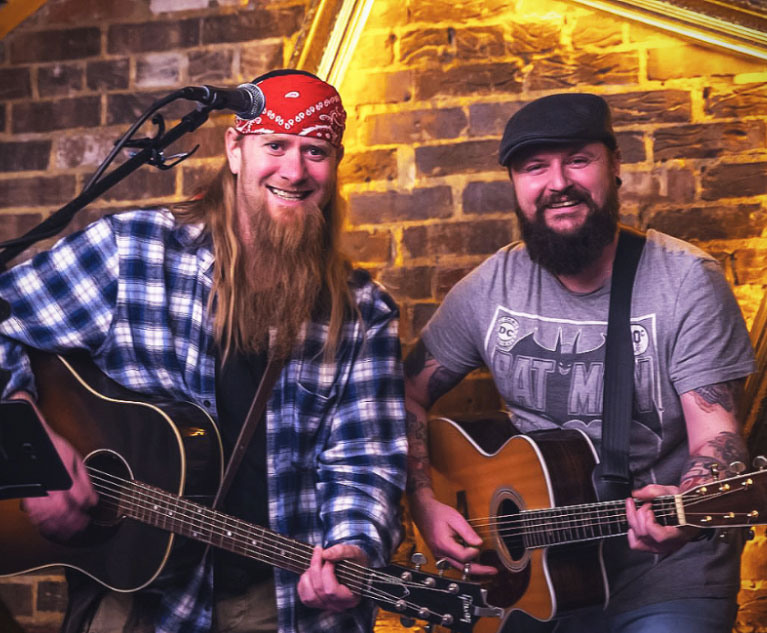 We Steal Flyers – An award winning International Touring duo of Songwriters from the heart of Northumberland playing 250 dates a year Uk, Europe and America.

Derek and Shaggy met in 2008 while they were supporting US Rocker, Adam Bomb, both were fronting different bands at the time. They both have a real love of music and songwriting, and decided to combine their uniqueness, talents and skills to bring the best of what they had together to create the magic that is We Steal Flyers.

We Steal Flyers released and toured with their debut album Our World and sold over 1000 hard copies in the first year by hand and touring through UK and Europe and playing an impressive 250 shows a year. With radio support across the world and with the success of their online status they have followers and friends in many places. Bringing together their knowledge of the music industry, which they both have been involved in separately for many years, is a huge key to their continuing success.

They are already having major success even though they still remain unsigned. They put in the hard work of pushing and promoting their music themselves, and are taking their music wherever they can.