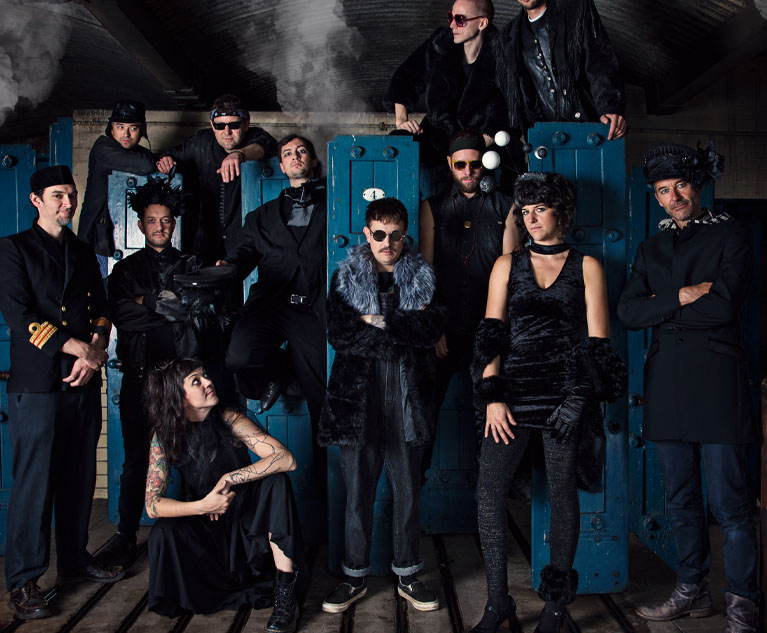 Originally conceived as the rogue offspring of legendary Birmingham basement jam sessions, The Destroyers have grown to become the exemplar of Megafolk, with a truly unique sound that is “absolutely the finest ‘take’ on the whole mix of Eastern music and Western culture” (Continental Drifts).

The Destroyers have been consistently knocking the socks off of audiences at clubs, festivals and arts centres, accumulating a diverse fanbase and earning places on major stages at UK festivals such as Cambridge Folk Festival, Glastonbury and Boomtown Fair plus appearances on Sky Arts TV, and BBC Radio 2, 3 and 6. They have had the honour of being invited to play at major international events in Warsaw, Bern, Pennabilli and Waterford, and are currently promoting a new album titled “The Massive Gong”.