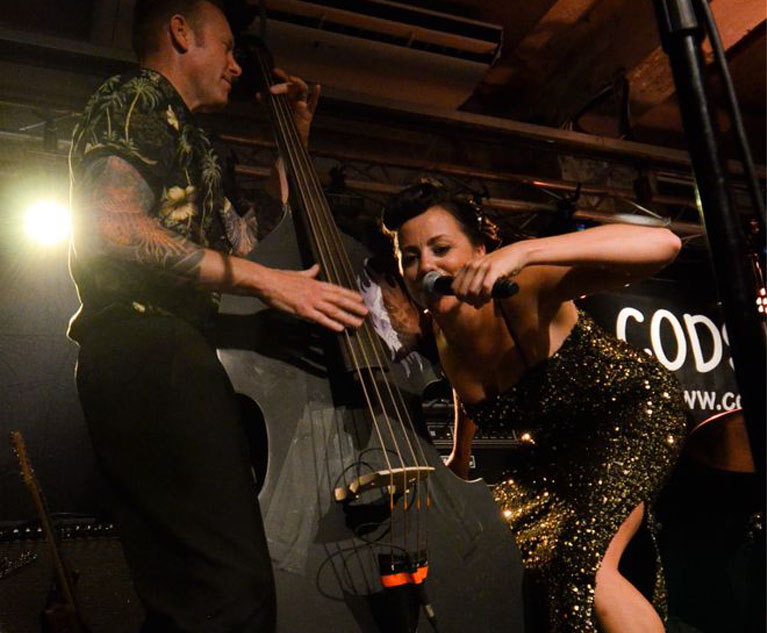 Who is Sister Suzie? Well, Suzie hails from Northumberland’s wild and rural northern border, and has been bringing her natural downhome charm, undiluted, to southern climes for the last few years.

It wasn’t until her love of classic rhythm & blues was nurtured that Suzie decided that singing and entertaining in public was going to be her life’s ambition. Her love of rockin’ music from before her time was kicked off by her Aunty Freda, who turned Suzie on to Elvis. That’s one conduit to the blues, but her full-on attachment to the sounds from the other side of the tracks came from a home town friend who played her some sides by Rufus Thomas. This would lead to her enthusiastically seeking the records of Memphis Minnie, Big Mama Thornton, Little Walter, Jimmy Reed, Robert Johnson, Rufus Thomas, Leadbelly and Elmore James. Her biggest idol soon became New Orleans Soul Queen, Irma Thomas. Which may have had more than a little to do with Suzie packing her bags and travelling to the Crescent City – where she has returned more than once since – and blowing her life savings! One thing Suzie has little of is regrets!

Suzie has been playing in Paris, The Netherlands, Norway, Nashville and did five shows at Glastonbury last summer; make sure you manage to see her and The Right Band when you get the chance!