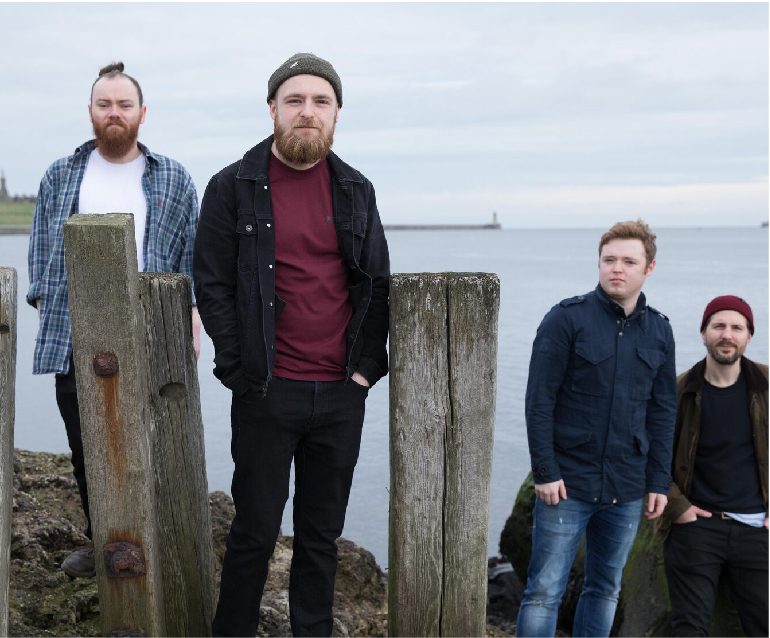 North Shields band Hector Gannet recently recognised as one of the 50 bands to watch in 2019 by Louder Than War magazine. In March they supported Sam Fender on a couple of UK dates and have steadily gained a reputation as a superb live band. Fans have been eagerly awaiting recorded material to emerge since 2017, when Aaron Duff wrote an original music score to be performed alongside vintage archive film footage of North East England. Commissioned by North East Film Archive as part of a wider project with BFI for their ‘Moving North: Coastal’ series of events.

As a result some of the Moving North: Coastal songs became part of the band’s audio live set, and in 2019 they were invited into the studio with Paul Gregory (Lanterns On The Lake) to record their first track, and they are scheduled to return with the producer to do full set of recordings in the coming months.