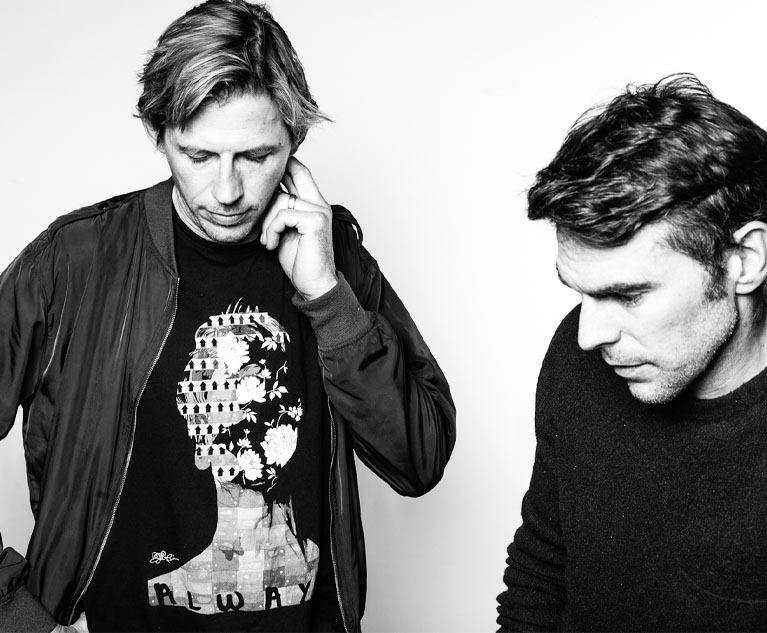 For nearly two decades Groove Armada has been established as one of the planet’s best loved and biggest selling dance acts. As comfortable on the big stages as they are in sweat soaked basements, the boys cross genres and styles with ease.

Andy Cato and Tom Findlay met in London in the mid 90s. Groove Armada started as a series of nights across London. It was to promote these nights that they started releasing 12s for East London pioneer ‘Tummy Touch’.An album made in a week, ‘Northern Star’, soon followed (which contained downbeat anthem ‘At the River’), and from that came major label recognition.

‘Vertigo’ their first album on Jive sold over a million copies and four albums followed on SONY and BMG garnering Grammy and Brit Nominations and sold out gigs from Sydney to Moscow. A pioneering combination of performance and electronics, the GA live show evolved into one of the very best in dance music.In 2010, the boys redefined the GA sound with Black Light, their 6th and best album which saw the song writing and musicianship that made their live shows so special, brought into the studio. The band toured this album across the globe bringing their ‘live’ career to a close with 2 memorable nights at Brixton Academy.

In 2012 the boys made the decision to return to their roots. Through live AV shows and a series of dancefloor EPs, GA marked a return to the DIY spirit of the warehouses where the project was first spawned. They began with a series of releases on London label Hypercolour Records, and followed up with EPs and remixes for the likes of Moda Black, Defected and Danse Club records.

GA returned to their We Love Space Terrace residency in 2013, DJ shows from Ushuaia to Jakarta and closed and hosted arenas at Beat-herder and Creamfields. For the run of special shows, the pair took control over every aspect of the show; from the sound to lighting and lasers and visuals from their custom built booth.

2014 saw the duo continue to explore the sound of their roots, with critically acclaimed debut release on Moda Black, and also appearances on Get Physical, Danse Club Records, Moon Dance and OM Records.

2015 saw GA release their 7th studio album, revisiting the Moda Black label for the ‘Little Black Book’ package, and in December 2015 GA returned to Fabric for their first yearly residency at the club (17 years after making their debut appearance) to celebrate their contribution to the world- famous Fabriclive mix series. Since then the duo have released singles on a variety of labels such as Weapons, Snatch and Street Trax, whilst remixing the likes of Paul Simon, London Grammar and Odesza.

2018 saw the live band triumphantly return with a small run of shows in Bristol, Glasgow and Manchester. GA21, their first tour in over 7 years, was an instant sell out and introduced a new legion of fans, sharing the experience with the long-established GA hardcore.Following the reception from fans, the band return to the mainstage this summer where they will headline some of the UK’s best festivals including Wilderness, Boomtown, Beat Herder, Playground Festival (Scottish exclusive), Beatyard (Irish exclusive) and Greenwich….