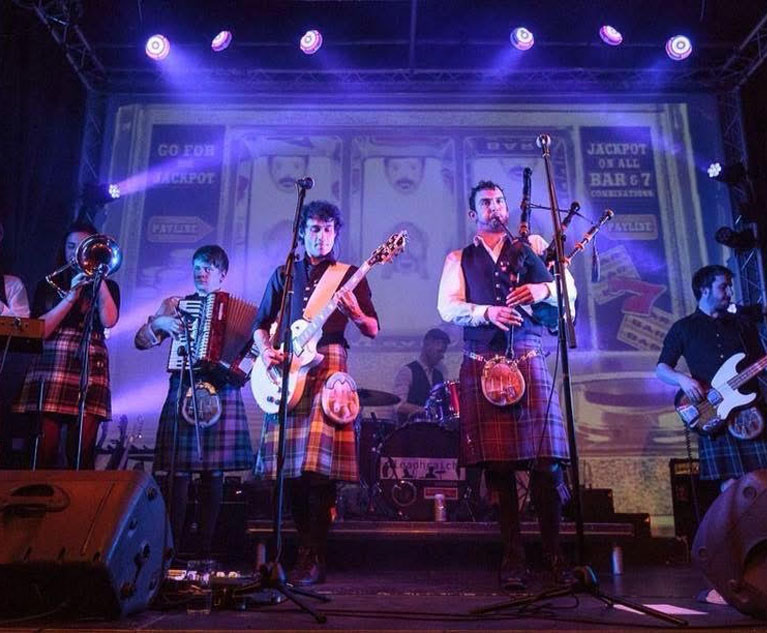 Gleadhraich are a celtic rock band formed in Carnoustie, Angus in 2010 while students at school. The band is made up of Craig Weir (Bagpipes/ Vocals), Ross White (Guitar/ Vocals), Paul Weir (Percussion) and Graeme Ritchie (Bass Guitar) with a live addition of a backing band which includes saxophone, trombone, accordion, keyboard and fiddle.

Gleadhraich released their debut EP, ‘Pipe Dreams’  in 2014 which was quickly followed up by the Glasgow 2014 Single, ‘Skirling Ska’. The band was made Angus’ Cultural Ambassadors for 2013/14. The follow up to ‘Pipe Dreams’, ‘Where We’re From’ was released in March 2015 to critical acclaim.  At a Dundee performance in 2016 Gleadhraich welcomed Britain’s Got Talent winner, Jai McDowall and Bay City Roller’s onstage to play with the band as special guests. The band released their latest record, ‘Definition’  which was well received with Jim Gellatly including the track, ‘Face Palm’ in a list for the Scottish Sun of the top tracks released in the country that month as well as Piping Today describing the record as “putting it’s own stamp on the sub sub-genre” of celtic rock.