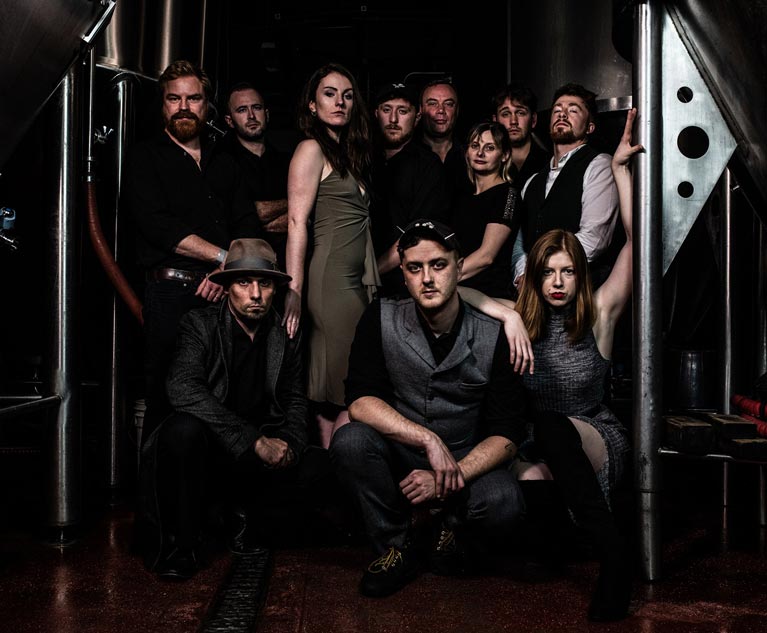 Have you ever heard Duke Ellington’s “Caravan” performed as a huge Garage banger? Or a 12 bar Blues manipulated into a Half time DnB/Carnival anthem? Or a New Orleans funeral song turned into a whisky soaked mid tempo Breaks dancefloor destroyer?
We know you haven’t because there’s only one band in the entire world like these guys!

The big band is the brainchild of Michael Rack aka Dutty Moonshine, a successful DJ who’s toured 4 continents and entertained thousands up thousands with his take on 1930’s meets dirty bass.

The band have enjoyed a successful Kickstarter campaign for an album, a huge run of shows through 2016 and 2017 that’s seen them play only main stages at festivals and sold out club shows in whichever city they visited.