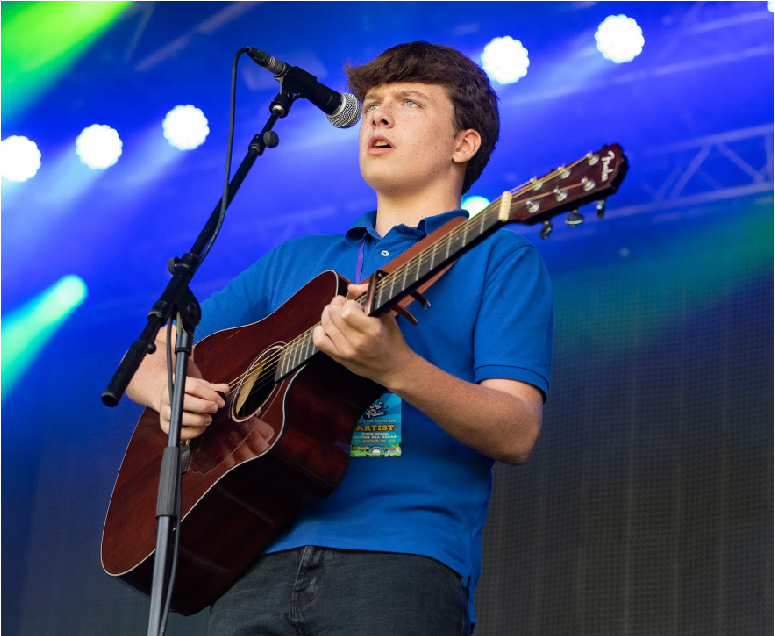 Connor Fyfe is a young singer/songwriter who has been making a name for himself on the Scottish music scene since August 2017 when he was just 11 years old. Although young he has already earned the opportunity to play the main stages of many iconic music venues such as King Tuts Wah Wah Hut, The Barrowlands, The Classic Grand and is a regular on the Edinburgh gig scene, taking part in The Fringe two years in a row.

Playing festivals is Connors aim and he was over the moon when 2018 saw him booked up as the youngest act at many Scottish music festivals ending the year with playing EH6 Festival in Leith where he played the main stage where Gerry Cinnamon, Jake Bugg and the Coral headlined.

2019 has seen him play around 20 festivals including Gig In The Goil, Party at The Palace, Youthbeatz Dumfries, Butefest and many more. Connor was the youngest act to be given a headline show at Glasgows Classic Grand by Newbornsessisons in May 2018 securing him a 2 nd one Oct 2018 and a 3 rd May 2019 which were all widely attended and a great success. In Sept 2019 he was picked from hundreds of applicants to support Scottish band The Snuts at their sold out Motherwell show.

Connor completed his first piece of original in work in May 2017 aged 11 and released the track as a demo on SoundCloud. He has just completed his first studio album which is being released early Mar 2020 with a Launch Show Party happening at Room 2 in Glasgow on Sat 29th Feb. He is now 13 years old.