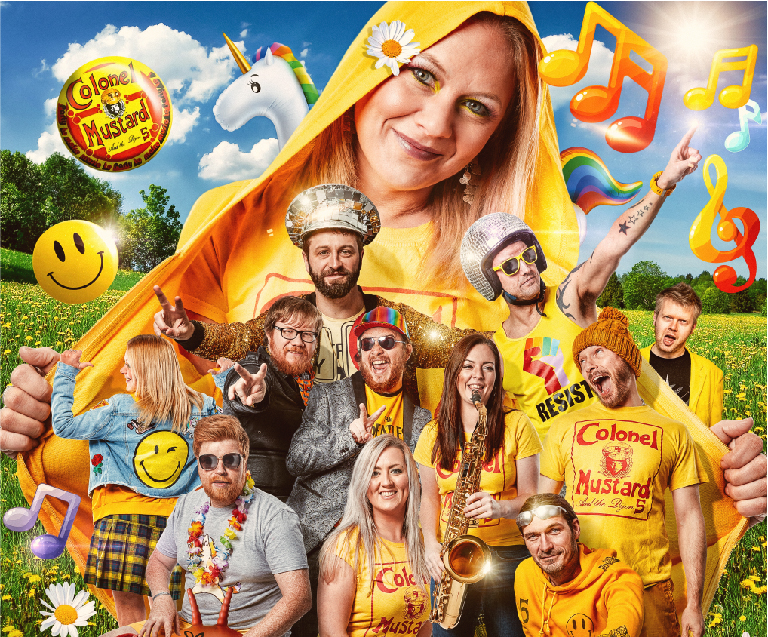 The ultimate festival band and Glasgow Barrowland Hall of Fame inductees Colonel Mustard & The Dijon 5 are the genre hopping, yellow pollen count of happiness. With shiny disco ball hats, inflatable unicorns and crowd participation, fun and laughter at the heart of their performances. They are a party at its most outrageous and ridiculous. Imagine Primal Scream and Happy Mondays had children genetically fused with the DNA of Frank Zappa, George Clinton, Neil Diamond and Dolly Parton.

Lead single ‘G.T.’ from their forthcoming album was championed by BBC Radio 6 Music DJ Amy Lamé and The Afternoon Show on BBC Radio Scotland. Second album is due out in July 2020. Now is the time to see The Dijon 5 in all their sunshine splendour. Peace, love and Mustard.