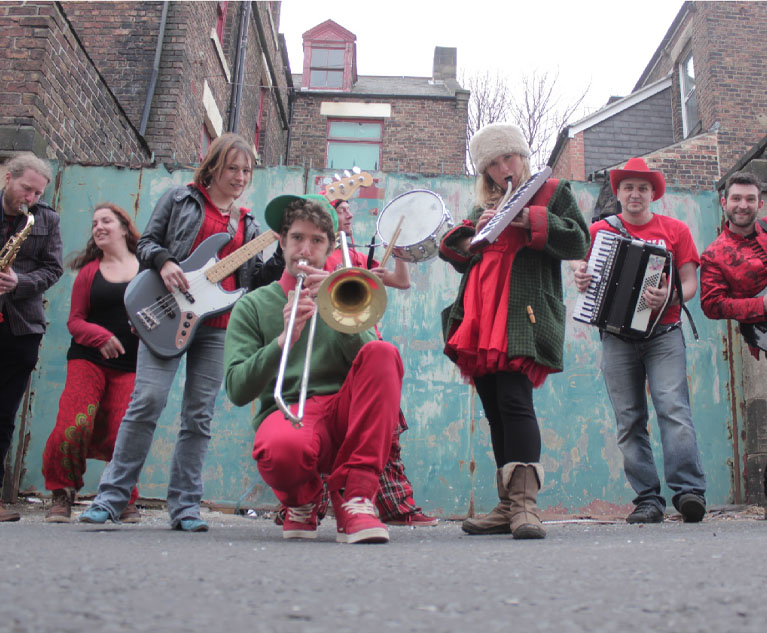 A high energy party band from Geordie land we take our influence from an eclectic mix of world music traditions.

They mix up a little of almost everything into a festival dance band storm. With styles covering Reggae, Ska, Balkan, Hip-Hop, Cumbia, Rave, Funk, Blues, Disco and Jungle, this is fused with conscious political protest and a big sense of humour.

They have a sold out EP released last summer, a brand new single available now and an album coming soon, with more videos to be released in due course.

The live performance of this band is what they are all about though. With great audience interaction, we guarantee they will put a grin on the dullest of faces and move even the most static of feet.